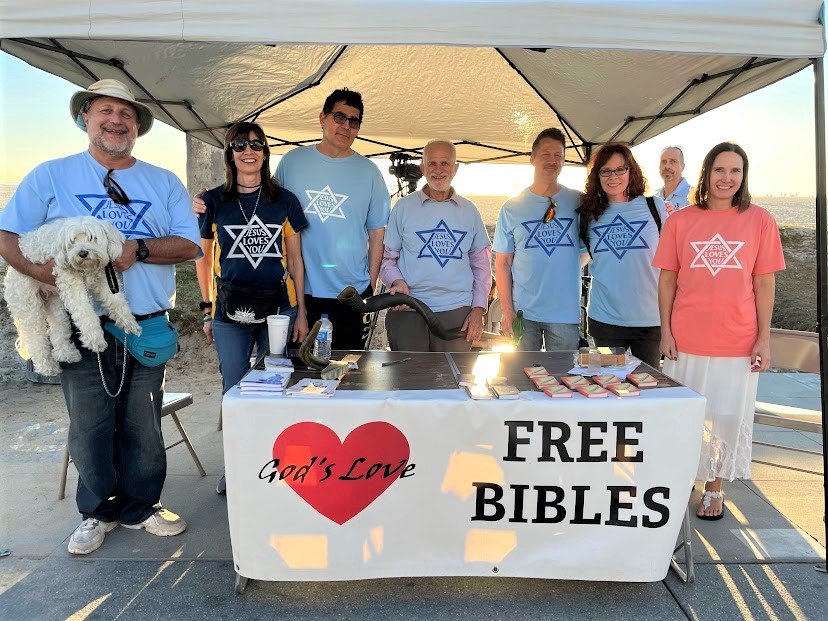 In 1998, Steven Barry Kaplan, a Jewish believer in Jesus living in Atlanta, Georgia, believed God called him to Jewish Outreach. Steven began volunteering with various Jewish missions throughout the world.

In 2001, David Brickner, Executive Director of Jews for Jesus, recruited Steven for an eight month assignment as a "Tiger Team" Missionary. Steven went from city to city doing street evangelism in conjunction with the "Behold Your God" Campaigns throughout the United States and in South Africa.

In 2002, Steven's Southern Baptist church appointed him as a faith-supported missionary to the Jewish people and later licensed him. Steven continued to volunteer with Jews for Jesus, Rock of Israel and other Jewish missions. Steven prayed about a t-shirt that could be used for Jewish Outreach, and God gave him the idea of a Jewish star with the words "Jesus Loves You" inside which proves to be a great conversation starter especially with Jewish people. Steven wore and equipped others with the "Jesus Loves You" t-shirt while ministering in Atlanta, Georgia and dozens of countries worldwide. He distributed hundreds of thousands of Gospel tracts and prayed with hundreds to receive Jesus.

In March 2009, Moishe Rosen, the founder of Jews for Jesus, joined the Board of Directors of Jewish Outreach International and endorsed Steven's ministry.

By the end of 2009, believers in 79 Countries and US Territories were equipped with over 20,000 "Jesus Loves You"
​t-shirts. Our staff and t-shirts have appeared in documentaries, on television programs, in newspaper articles and on radio programs the world over.

In September 2010, Steven Kaplan was certified, by the North American Mission Board of the Southern Baptist Convention, as an Interfaith Evangelism Specialist on Judaism.

As of January 2015, approximately 30,000 shirts have been distributed worldwide in over 90 countries.